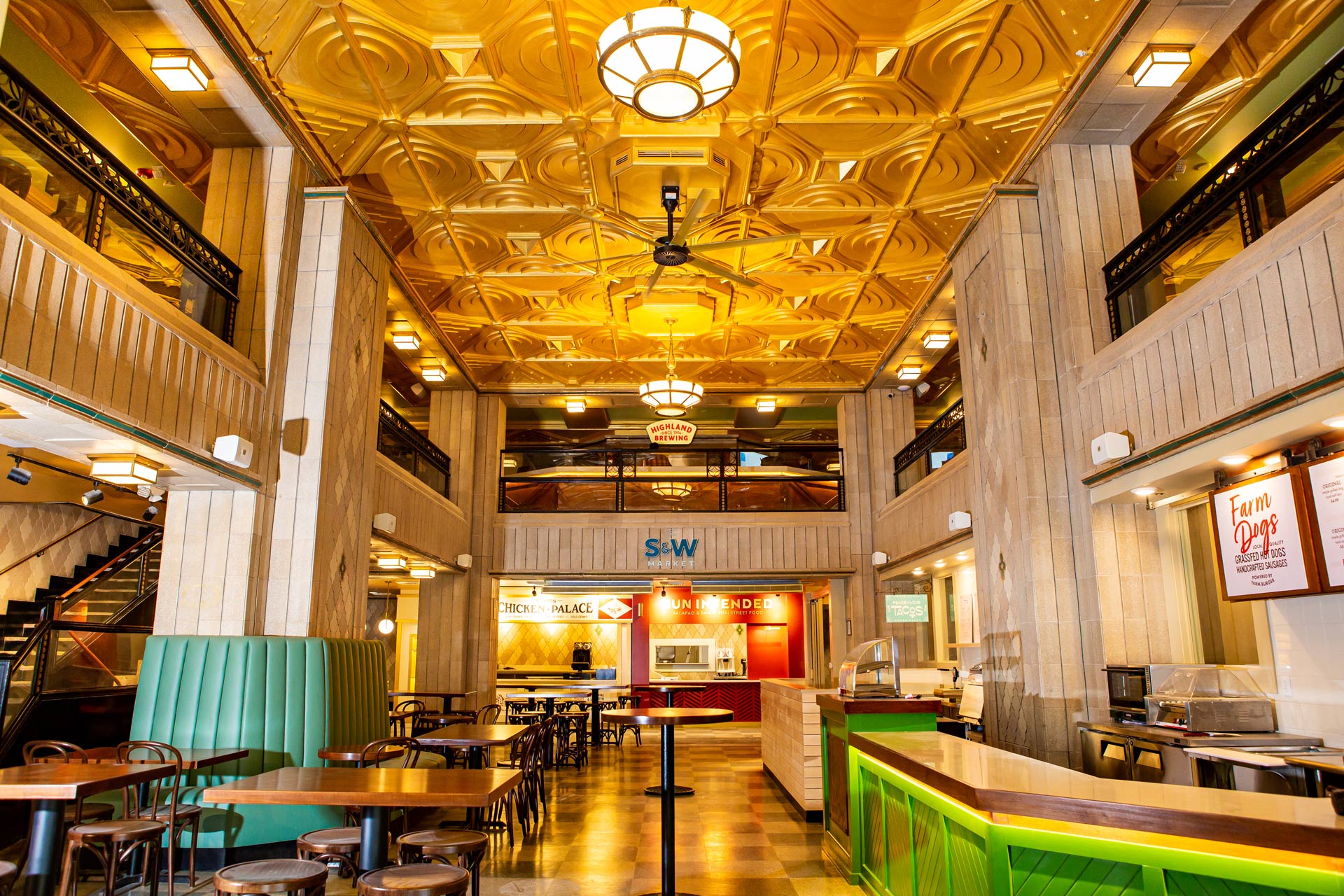 Located in the historic S&W Building in downtown Asheville, The S & W Market is one of The 10 Best New Food Halls Across the U.S., features the Highland Brewing downtown taproom, Circa 29, a downtown event venue, and showcases the best of Asheville’s local independent restaurants and beer as the best downtown Asheville restaurant vendor option.

Originally built for the S & W Cafeteria in 1929, the reimagined food hall fulfills the market’s original mission by offering affordable, fresh fare, and the energy that made it an exciting destination so many years ago. Ten-thousand square feet with more than 170 interior seats and an outdoor patio make the S&W the perfect place to gather for groups both large and small.

Listed on the National Register of Historic Places, the S&W Building is a prized example of 1920’s art-deco architecture. Designed by architect Douglas Ellington for the S&W Cafeteria chain based out of Charlotte, the new Asheville S&W first opened to the public on July 15, 1929. “Asheville deserved the finest of our chains because Asheville is one of the show pieces of our country,” stated Frank Sherill, president of the S&W, in the full-page newspaper article on opening day, “Because Asheville has such a cosmopolitan population, and has such a constant flow of visitors, it is natural that everybody who does any building here should try to do it in as an artistic manner as possible.”

They said it best! 😊 Whether it’s your first

Right this way… …to even more seating, birds-

Happy Friday! Ready for the weekend? Kick back an

One of The 10 Best New Food Halls Across the U.S.